“You Want to Slit My Throat?”: What is a Parathyroidectomy?

By Keith A. Bellovich, DO and Mirjana Dimitrijevic, MD

Parathyroidectomy is the surgical removal of one or more of your parathyroid glands. It stems from the Greek ektomia = “cutting out” which means to surgically remove something from your body. The parathyroid glands are made of tissue slightly larger than a single grain of rice, located around your Adam’s apple that produce parathyroid hormone (PTH) and control the levels of calcium in your body. PTH stimulates the conversion of calcidiol (25-hydroxyvitamin D) to calcitriol (activated vitamin D) within kidney tubular cells, which leads to the absorption of calcium in your diet from your small intestines. 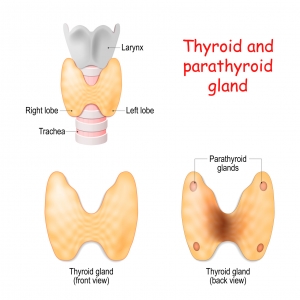 Most people have four parathyroid glands. Supernumerary (more than four) parathyroid glands occur in about three percent of individuals and can be found anywhere from as high as your nose to as low as the bottom of your breastbone.

Chronic kidney disease is commonly associated with mineral imbalance and bone metabolism, which shows up as abnormalities of calcium, phosphorus, and parathyroid hormone starting as early as CKD stage three. Changes in mineral metabolism and bone structure develop early in the course of chronic kidney disease, often without any noticeable symptoms, and can worsen with progressive loss of kidney function. Symptomatic patients with persistent and progressive elevations of serum parathyroid hormone (hyperparathyroidism) that cannot be lowered to acceptable levels by medical therapy (known as a refractory hyperparathyroidism) should be referred to a surgeon for parathyroidectomy.

The most common symptoms in severe cases may include high blood calcium and/or phosphorus levels,  bone and/or joint pain, a proneness to fractures despite minor trauma, proximal muscle weakness, calcium deposits in your skin or soft tissues, and itching. Some studies have suggested that parathyroidectomy may benefit selected patients who have PTH >1000 pg/mL that fails to respond to medical treatments by your doctor even if you don’t have any symptoms. Among such patients, parathyroidectomy may reduce mortality, cardiovascular risk, the risk of fracture, improvement in anemia, nutritional status, and the ability to fight off infection. 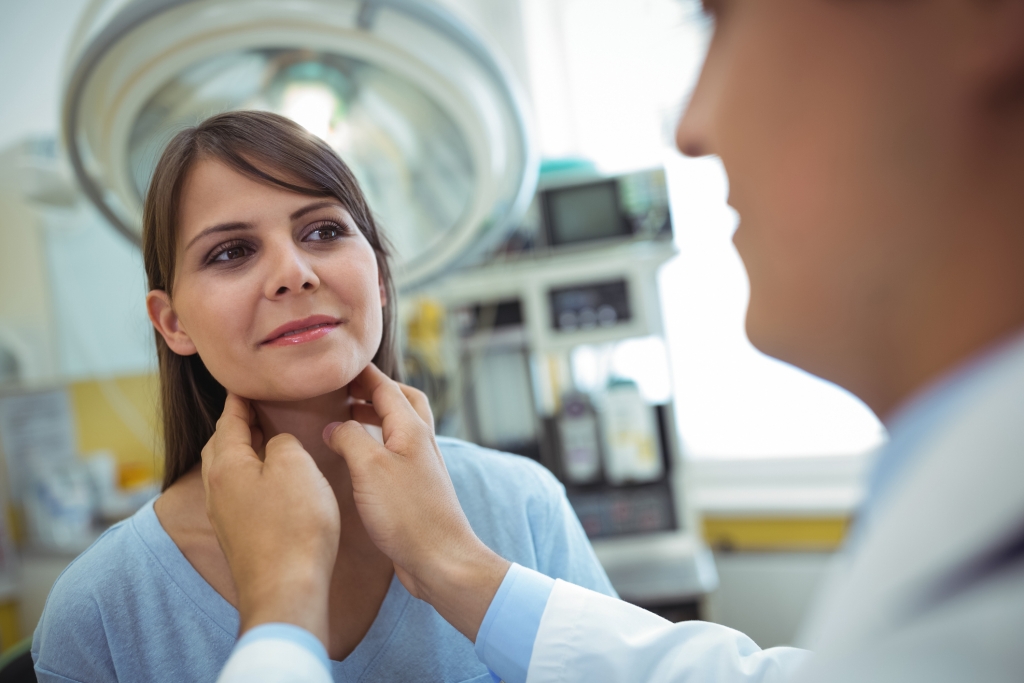 Most importantly, you should only consider consulting a surgeon for parathyroidectomy after discussing it with your kidney doctor and insuring that it is the right procedure for you. Patients considering parathyroid surgery may require imaging studies such as sestamibi scintigraphy (MIBI-SPECT imaging) and/or ultrasound or CT of the neck to assist with operative planning and identify these glands more clearly. General anesthesia is required for most patients undergoing parathyroidectomy with bilateral neck exploration.

Most end-stage renal disease (ESRD) patients requiring surgery will have multi-gland hyperplasia, for which a subtotal, near-total, or total parathyroidectomy is typically performed as the initial surgery. For patients with an existing or planned kidney transplant, a total parathyroidectomy should be avoided as it is associated with the highest risk of postoperative permanent hypocalcemia. A surgeon may offer an alternative procedure where a portion of one of the glands is placed elsewhere in your body to avoid complete removal of all parathyroid tissue. An autograft can be placed subcutaneously or intramuscularly in the neck (sternocleidomastoid muscle), chest or nondominant forearm.

Parathyroidectomy may be safer if performed prior to transplantation. Parathyroidectomy performed after transplantation has been associated with abrupt deterioration of renal allograft function, so always talk it over with your transplant specialist for those with a functioning kidney transplant. Patients on dialysis are more likely to develop transient hypocalcemia after parathyroid surgery due to a condition called Hungry Bone Syndrome. This condition occurs when there is rapid reabsorption of calcium from the tissue deposits into your bones immediately following parathyroidectomy, which may lead to prolonged and symptomatic low blood calcium causing weakness, cramps, spasms or even seizures. For this reason, patients undergoing parathyroid surgery are typically admitted to the hospital for close observation and frequent testing of blood calcium levels. Other complications may include bleeding, a sore throat or difficulty swallowing initially.

Patients usually require preoperative calcitriol (vitamin D) supplements, as well as oral or intravenous calcium, magnesium, and calcitriol (vitamin D) supplements after surgery. Pain is usually modest and controllable with mild analgesics. Parathyroid surgery for ESRD patients is safe and has a similar complication rate to surgery for healthy, non-dialysis dependent patients. Typically, hospitalization is required for no more than a few days, but medicine and monitoring may be necessary for longer periods of time. Once stabilized patients often feel more energy, less joint pain and sometimes less itching. As always, if you have any questions about your care, consult with your doctor first to make sure the treatment is right for your condition.

Keith A. Bellovich, DO and Mirjana Dimitrijevic, MD are nephrologists at St. Clair Nephrology, covering the metropolitan Detroit, MI area. Dr. Bellovich also serves on the Board of the Renal Physicians Association.