Why DPC Fights To Maintain Private Insurance Coverage for Dialysis

In recent years, private insurance coverage for dialysis patients has come under attack. In 2016, the outgoing Obama Administration issued a regulation that would have prohibited charities like the American Kidney Fund (AKF) from assisting patients with premiums. Several insurers unilaterally refused to accept checks from AKF or eliminated dialysis providers from their networks. Some employers have tried to restrict coverage for dialysis by amending their health plan language. The SEIU labor union promoted legislation and ballot initiatives, most notably in California, to restrict or eliminate insurance coverage for dialysis.

DPC has been in the forefront of fighting off these attacks—in the courts, through lawsuits; bringing legal violations to the attention of regulators; and grass-roots efforts empowering patients to contact their legislators. As of today, DPC has been victorious, and patients have been able to keep their coverage.

These fights are often framed by the media as battles over the higher reimbursements that dialysis providers receive from private insurers relative to Medicare. To be sure, those reimbursements help subsidize smaller and rural clinics that cannot break even on Medicare rates, and help maintain an extensive system of clinics closer to patients’ homes. But even more is at stake for patients, as this article explains.

Medicare law gives patients the right to keep their commercial coverage for 30 months before switching. Why did Congress enact this 30 -month option?

The entitlement of people with ESRD to enroll in Medicare regardless of age creates a perverse dynamic in the care of persons with chronic kidney disease (CKD). Once an insured’s CKD progresses to ESRD, the insurer may be able to offload that sick patient’s expenses onto taxpayers. This means the insurer lacks the financial incentive to try to preserve the patient’s kidney function as long as possible, or to prepare the patient for the CKD-ESRD transition by having a fistula created, educating the patient about home dialysis, or obtaining a pre-emptive transplant. To combat “short-timer syndrome” on the part of insurers, Congress in 1981 put insurers on the hook for some dialysis costs. Over the years their responsibility has been increased to 30 months.

We know what happens when a change in a coverage is triggered by deterioration in a patient’s health, exemplified at its worst by the nursing home bounce-back phenomenon that plagues people dually eligible for Medicare and Medicaid. Nursing home care is generally paid for by Medicaid at a low rate, but after the patient is hospitalized he or she returns for post-acute care reimbursed by Medicare at a higher rate. The nursing home profits from the acute illness and the state is relieved from paying for long-term care during the post-acute period, making both parties indifferent to delivering high-quality preventive care. The 30-month requirement spares ESRD patients from this purgatory, and nobody has proposed any alternative mechanism.

The deterrent effect of the 30-month requirement is lost if the ESRD patient (who typically may no longer work full­ time after kidney failure) can’t afford health insurance. This is why the U.S. Department of Health and Human Services (HHS) approved the role of the American Kidney Fund in paying premiums. 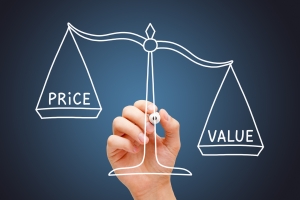 The option to maintain private health coverage can appeal to individual ESRD patients for several reasons.

Second, the federal Quality and Disparities Report finds 33 different measures on which better care is delivered through private insurance than public insurance. These include being able to get  timely dental care; fewer deaths from heart attacks; better access to  preventive services such as mammograms; and fewer deaths and other complications from hospital care.

Third, a recent study of CDC survey data found that people with multiple comorbidities who have employer-sponsored and individually purchased private insurance were less likely to have difficulty seeing a doctor, to skip medications, have instability in coverage, or report medical debt compared with individuals covered by publicly sponsored insurance programs.

Español
RSVP For Our Next Education Webinar: Living Donation
Go to Top